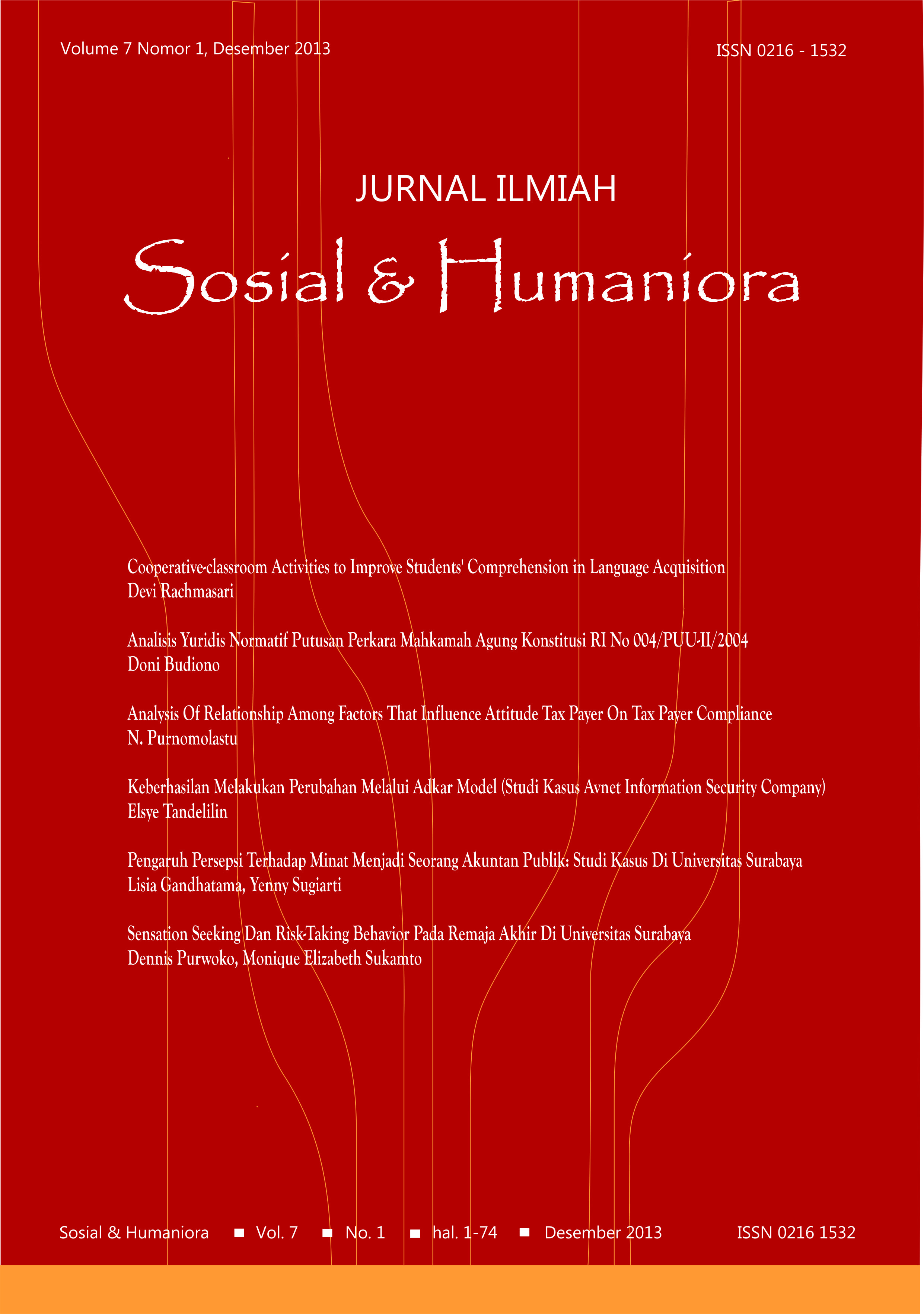 The  authority  of justice in Indonesia  is executed by  the Supreme Courts and  the  justice  boards/body under the Supreme Courts, including  the general  justice, religious affairs justice, military justice,  state administration  justice,  and  the Constitution Court. According to  certainty in  the Act of  Tax Court, Article
1, clause  (5),  tax  dispute   refers to the legal dispute arising in the  taxation  affairs between the  tax payer or the  body  responsible for the  tax with   the government   executives  ( Directorate General of Tax) as the consequence of   the issue of  the decree for the  appeal  to the Tax  Court in accordance with the  tax Act, including the  charge  against the  execution of collection   in accordance with the  Act of Tax Collection by force. The  formation of Tax Court is  designed by  the Executives, in this case, the  Department of Finance, specifically  the Directorate   General  of Tax  which has the right to issue  law  more technical about  tax accord to Article 14,  letter A,  President Decree  no. 44  year 1974,  concerning the  basic  organization of the Department.  Based on  it,  it  is clear that  in addition to execute the government  rules and policy,  this body  has to execute judicial   rules and policy. This is against the  principles of  Judicative  Power/Authority in Indonesia,  which   clearly states that this body  should be under the Supreme Court.   Therefore. It is suggested that   the Act  No UU no.14 Year 2012 concerning  Tax Court   be revised  in accordance with the system of  Power Division  of Justice  as  stated in 45 Constitutions.