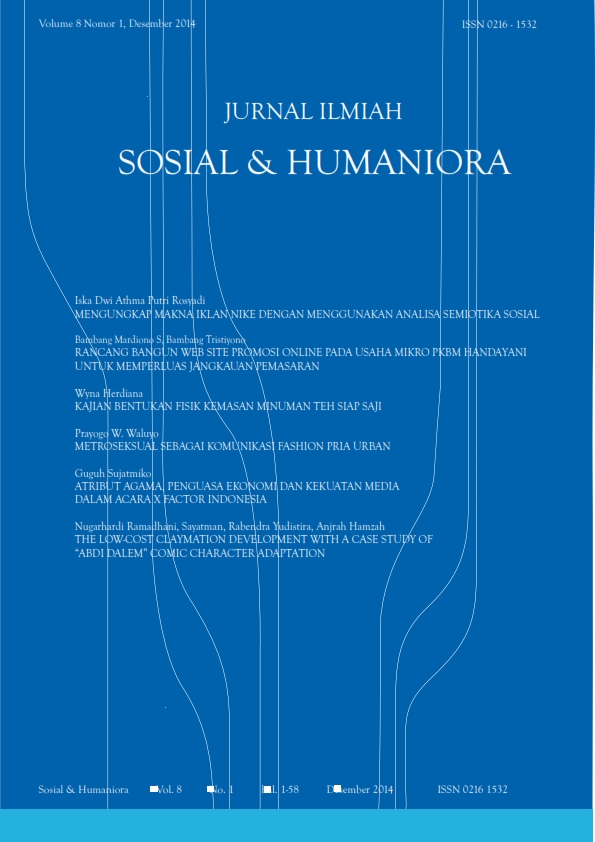 Nike is one of the biggest company that sell shoes, clothing, and sports equipment. Nike was founded in 1964 as Blue Ribbon Sports and it officially became Nike Inc. in 1971. Nike has done a variety ways in order to keep the customer remember and make purchases, one of them is through the print ads that published in Cita Cinta 09/XII. Print advertisement is one of media that full of meaning. Construction of meaning was made by the designer from any visual elements. The meaning that derived from it is contextual, which every community has its own meaning. Through social Semiotic analysis, can be known that Nike tried to deliver message about happiness and comfort in running using Nike shoes, this message was suitable for Cita Cinta’s characteristics of target audience because they used European women model and English sentence to build it. Medium Angle shot also used to emphasize the meaning; so that Nike present in the same level with the audience, and there is no gap between them.