Articles published in MPI are licensed under a Creative Commons Attribution-ShareAlike 4.0 International (CC BY-SA) license. You are free to copy, transform, or redistribute articles for any lawful purpose in any medium, provided you give appropriate credit to the original author(s) and MPI, link to the license, indicate if changes were made, and redistribute any derivative work under the same license.

Copyright on articles is retained by the respective author(s), without restrictions. A non-exclusive license is granted to MPI to publish the article and identify itself as its original publisher, along with the commercial right to include the article in a hardcopy issue for sale to libraries and individuals.

By publishing in MPI, authors grant any third party the right to use their article to the extent provided by the CC BY-SA license. 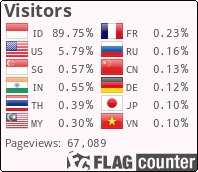